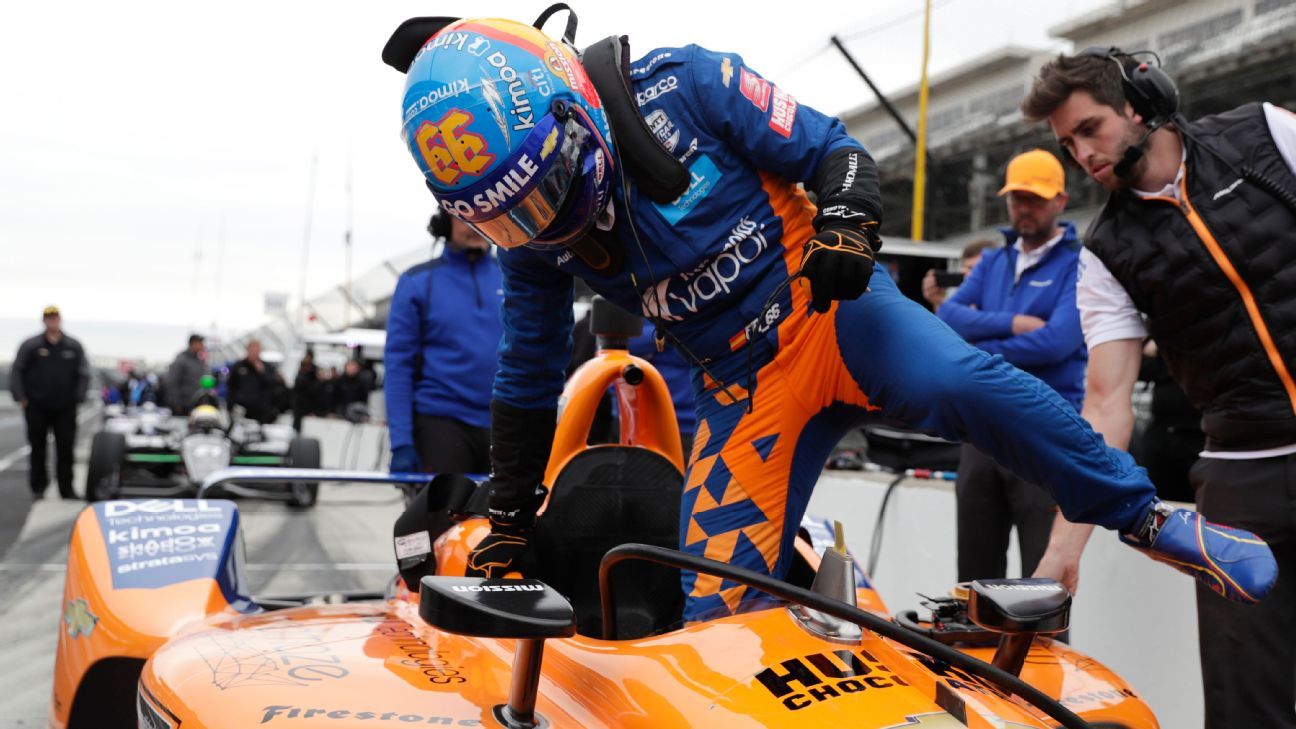 Now both international stars have some unfinished business to take care of before qualifying for this year’s Indianapolis 500.

After enduring a rain delay of more than four hours and watching IndyCar regulars turn laps at Indianapolis Motor Speedway for two more, Castroneves and Alonso finally made it on to the track — but couldn’t quite complete their refresher course.

« Happy to be back here because this place is great, » Alonso said after posting a fast lap of 218.690 mph, the slowest of the nine-driver evening session. « We were slow because the weather and some of the decisions people made on running time and things like that. »

He faced a bevy of problems in his first trip back to Indy since an impressive rookie performance in 2017.

The rain delay forced organizers to reschedule the one-day test, moving the rookie and refresher driver time from midday to the evening and cutting a significant amount of practice time for Alonso and others.

When the green flag finally waved, Alonso’s No. 66 car stalled in the warm-up lane, forcing the two-time Formula One champion from Spain to be towed back to pit lane, where his crew worked feverishly to fix an electrical problem while he sat in the cockpit.

Eventually, he got out and passed the first of two refresher phases. He’ll have to wait until opening practice of the 500 on May 14 to pass the second.

« It was frustrating for everyone because it was a brand-new chassis and a brand-new car, so we expected to run a lot, » said Alonso, who drives for McLaren Racing. « If we could have had this at midday, you could work on your issues in the afternoon and then go out again. »

Castroneves, as usual, was good right from the start and posted a fast lap of 225.565.

The three-time Indianapolis 500 winner looked smooth and fast on his favorite track and wasted no time passing the first phase. That much should have been expected from the popular Brazilian, who has recorded seven top-three finishes in his first 18 Indy starts and will make his season debut May 11 in the IndyCar Grand Prix.

The weather and yellow flags prevented four of the five veterans — Castroneves, Alonso, Oriol Servia and JR Hildebrand — from passing phase two. Only Indy native Conor Daly made it.

Felix Rosenqvist and Marcus Ericsson of Sweden and Santino Ferrucci and Herta of the U.S. all completed the three phases of rookie orientation and will be eligible to qualify for IndyCar’s biggest race, the 500 on May 26.

Herta’s performance earned the 19-year-old a seat next to Alonso for the post-test news conference. But the son of former IndyCar driver and current team co-owner Bryan Herta wasn’t fazed by the seating arrangement.