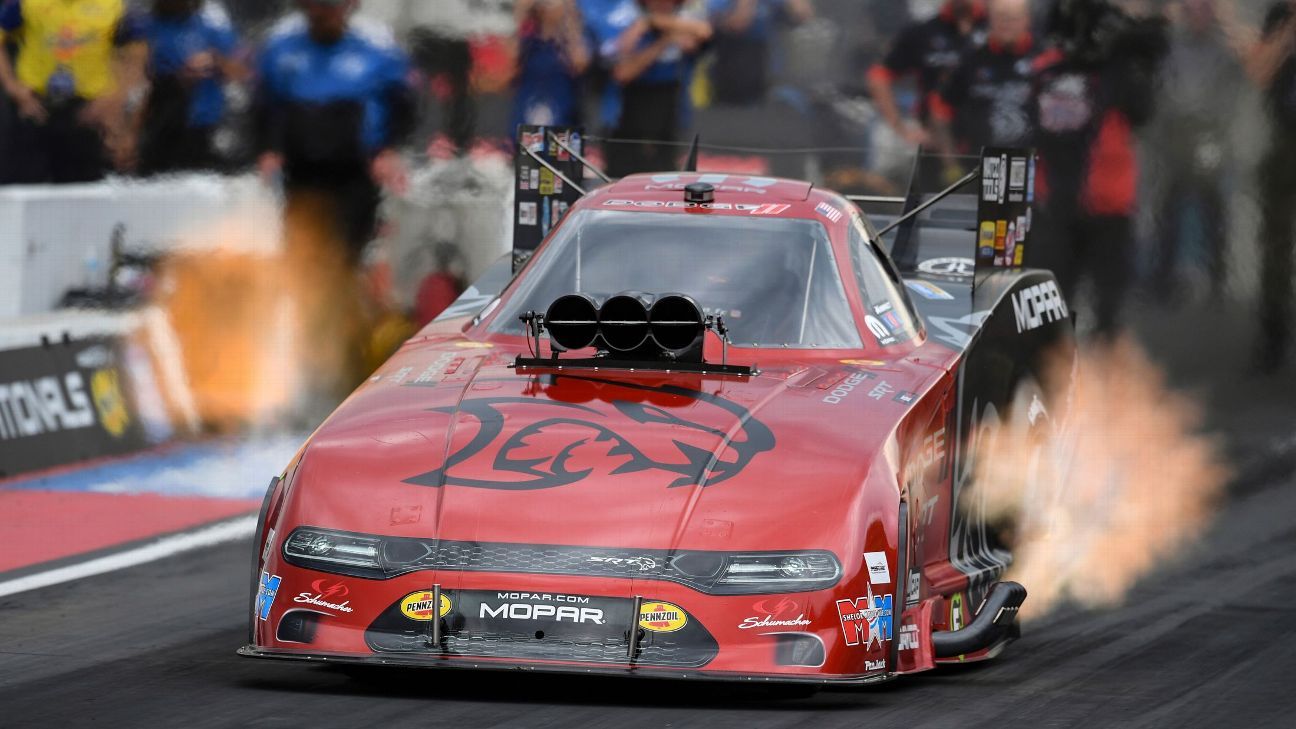 Hagan beat DeJoria with a 4.105-second pass at 305.70 mph in a Dodge Charger SRT Hellcat Redeye for his first victory of the year and 37th overall.

« This mountain has chewed me up and spit me out several years in a row, » Hagan said. « I’m just so glad to pull this win out. I’ve been trying to get this trophy for so long. It’s an important race and it’s one of those things where we finally got it done. My heart was beating out of my chest there in the finals. It felt like I was running for a championship. I’m glad we got it done and I’m just blessed here today. »

Torrence beat Joey Haas with a 3.860 at 320.36. He has won four of the past five events and has five victories this season and 45 overall.

Smith topped Eddie Krawiec with a 7.118 at 189.04 on a Denso/Stockseth Racing Buell for his second straight victory and third of the season.