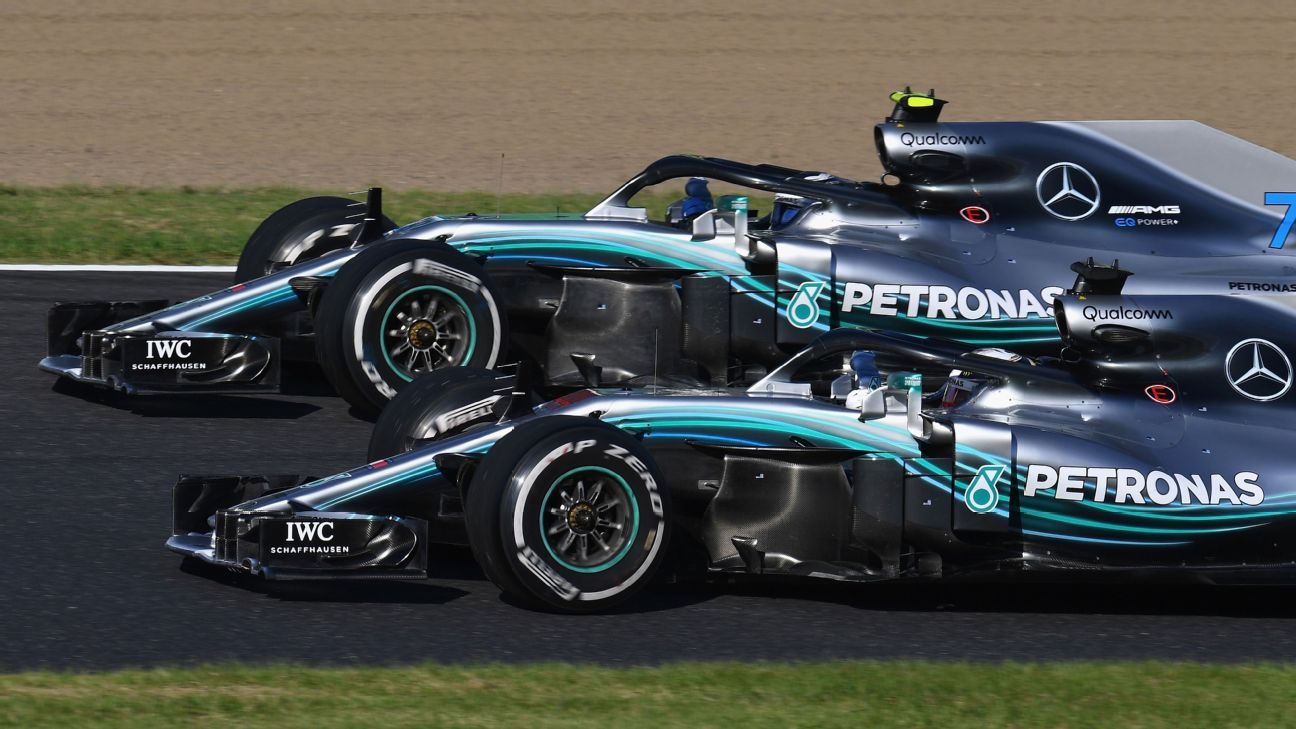 Three of Formula One’s four engines were heard roaring into life over the weekend.

The 2019 season begins officially next Monday with the start of pre-season testing at Barcelona’s Circuit de Catalunya. World champions Mercedes posted a clip of its new engine being fired up on Friday, followed by Renault and Toro Rosso doing the same with its Honda engine — the unit it will now share with parent team Red Bull.

In case you missed it overnight, we fired up the STR14!

Ferrari is the only engine yet to be heard ahead of the new campaign — the Italian team also supplies Haas and the Alfa Romeo team (formerly Sauber). McLaren, a Renault customer, was the first team to release a fire-up clip, doing so earlier this month.

Mercedes has also continued to tease what looks set to be a camouflaged livery ahead of its 2019 car launch on Wednesday. Such a colour scheme would likely be for pre-season testing only — Red Bull ran a similar concept ahead of the 2015 campaign.

These rims come as standard on every W10… 👀 #WelcomeW10 pic.twitter.com/ULjKZT738L