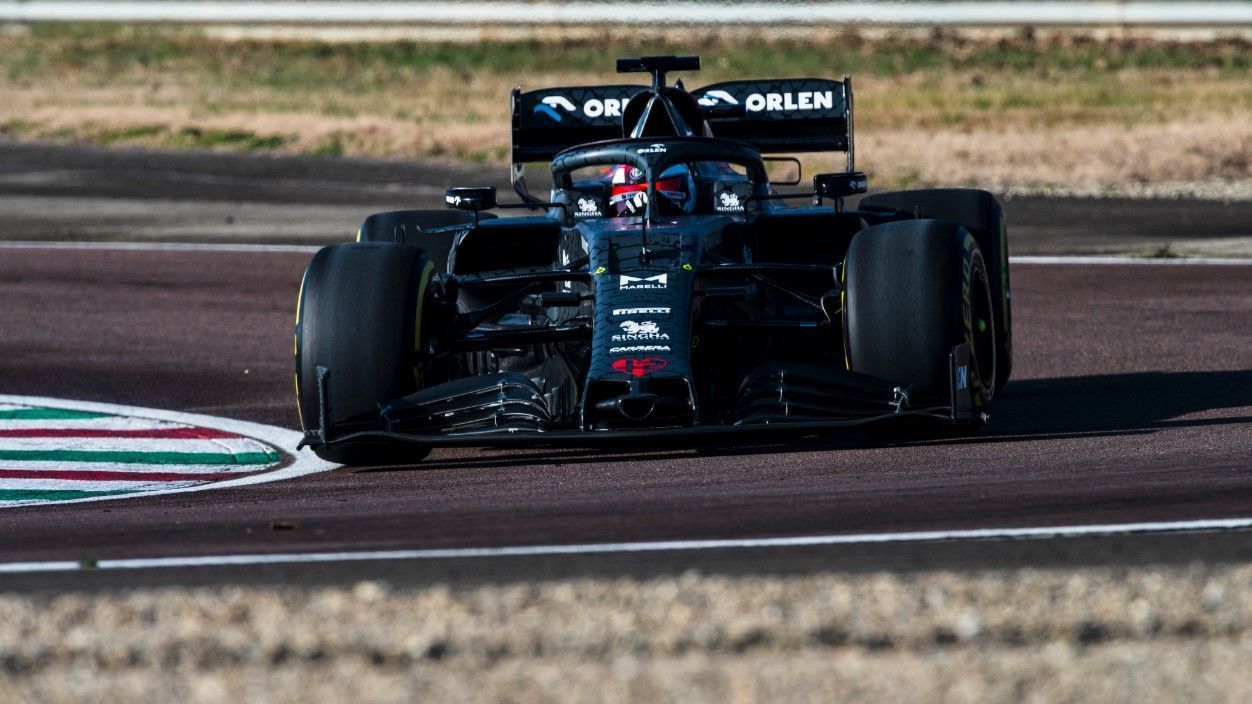 Kimi Raikkonen will put the first 100km on Alfa Romeo’s new Formula One car during a shakedown at Ferrari’s test track Fiorano on Friday.

The new car is not due to be launched until Tuesday next week, but Alfa Romeo revealed on social media that it will complete a filming day on Friday.

Teaser photos on Instagram and Twitter showed a black snakeskin-style livery, which is expected to be a one off for Friday’s shakedown before the race livery is revealed at the car’s official launch. The Alfa Romeo badge on the nose is also in the shape of a heart as the car took to the track on Valentine’s day.

Each team gets two filming days per year in which they are allowed to run their car on track for 100km outside of F1’s official race and testing schedule.

The Fiorano circuit is based across the road from Ferrari’s Maranello headquarters, but the collaboration between the two teams via parent company FCA means Alfa Romeo — which is based out of Sauber’s facility in Switzerland — has chosen the venue to put the first miles on its car before official pre-season testing next week.